The following description of the Seal of the City of Elizabeth was included in a report adopted by the City Council at its meeting held on December 27, 1934.

On a circular shield, a wooded landscape with four houses representing the first settlers. From the middle chief point, a Spanish shield pendant charged with the coat-of-arms of Sir George Carteret, Lord co-proprietor of the Province of New Jersey, a ribbon surmounting the shield with the motto of Carteret. Four fusils in feese (silver); and a canton (silver) with a sinister hand, erect, open and coupled at the wrist (red); surmounted by a scroll (silver), inscribed with the motto "Loyal Devoir" (red).

The background of the seal is to be in nature's colors. In the foreground, a bay with a three masted vessel at anchor and a rowboat near the shore. The legend Seal of the City of Elizabeth letters outlined in black within a circular border of silver, the rim executed in black; in the middle base point, the date 1665 (This date 1665 commemorates the arrival of the first governor of New Jersey, Philip Carteret, in what is now known as Elizabeth, early in August, 1665). 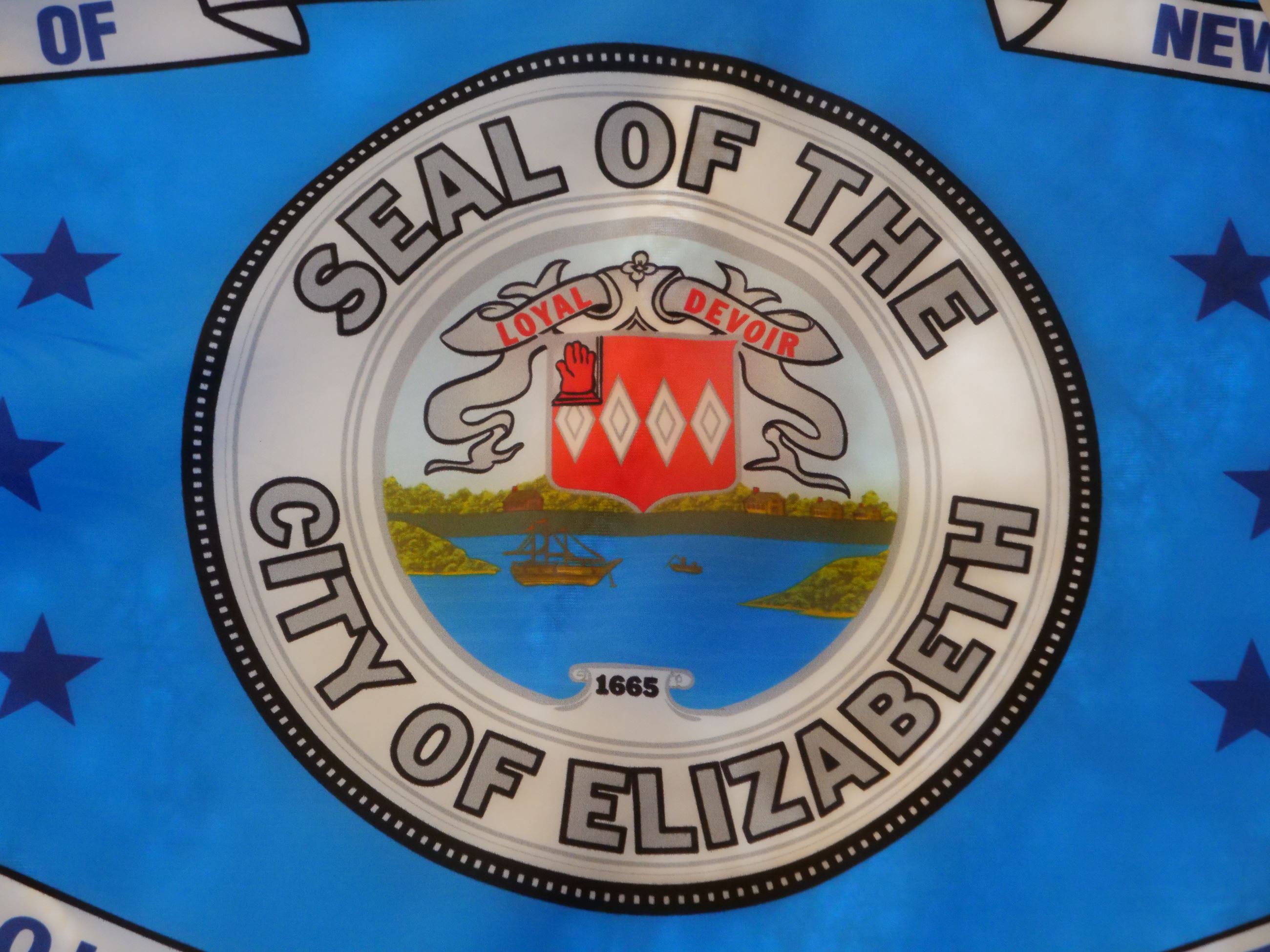 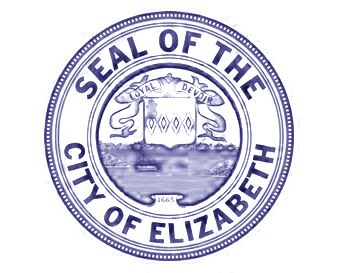 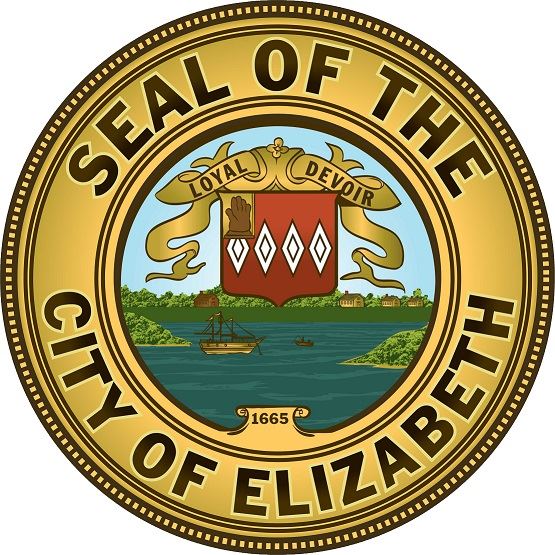